The Governors’ Conference was emblematic of the unjust system that must be changed if we are to successfully address the climate crisis.  A group of privileged white males sat down to make decisions that would irrevocably impact the lives of First Nations peoples in Canada, as well as rural communities throughout the region.
END_OF_DOCUMENT_TOKEN_TO_BE_REPLACED 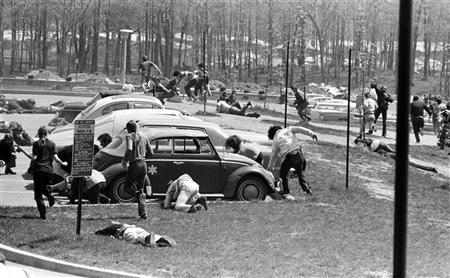 Note:  Nope, that headline is not from GJEP.  In fact it’s the title of one of the videos shot by the Media Co-op in Montreal during the Durban meetings of the UN climate negotiations.  Their Canadian network spans: The Dominion • Halifax • Vancouver • Montreal • Toronto.  There is a lot of controversy surrounding the action this video documents, including GJEP’s Anne Petermann’s scathing post on Friday “Showdown at the Durban Disaster: Challenging the ‘Big Green’ Patriarchy.”  GJEP and Anne are receiving many comments and emails, both pro and con on Anne’s article.  To those who disagree with Anne’s analysis:  please watch this.  To everyone else, let’s have a laugh, albeit a sad one, and resolve to up the ante for the people and the planet with concrete, meaningful action and analysis, and make Climate Justice! more than just two words to chant.  After Copenhagen COP 15, many of us lost a long time friend and comrade, Dennis Brutus: poet, scholar and  anti-apartheid activist.  If Dennis was still physically present, I believe he would have linked arms with Anne and Keith; Dennis knew what struggle meant. For more Media Co-op coverage of Durban, please go to http://mediacoop.ca/durban.  -Orin Langelle for the GJEP Team

Delegates from Mauritius, South Africa, and Elsewhere Expelled as Well

December 9, 2011, Durban, South Africa – Civil society activists erupted into protest in the halls of the UN Climate Summit this afternoon, blocking the plenary halls and bursting into chants of “Climate Justice Now!”, “Don’t Kill Africa!”, “World Bank out of Climate Finance, “No Carbon Trading,” and “No REDD!” When UN Security began to remove the activists, Anne Petermann, Executive Director of GJEP, sat down. When she was asked to leave willingly, she refused to comply. While others were escorted out, Petermann, and GEAR’s Keith Brunner refused to go.  Brunner was carried out and Petermann was lifted into a wheelchair, and rolled out of the Conference Center.

Close by was Karuna Rana, a 23 year-old woman from Mauritius, who similarly refused to comply.

Petermann sent the following statement to a press conference held by Climate Justice Now!, a coalition co-founded  in 2007 by Petermann and GJEP:

“I took this action today because I believe this process is corrupt, this process is bankrupt, and this process is controlled by the One percent. If meaningful action on climate change is to happen, it will need to happen from the bottom up. The action I took today was to remind us all of the power of taking action into our own hands. With the failure of states to provide human leadership, and the corporate capture of the United Nations process, direct action by the ninety-nine percent is the only avenue we have left.”

On hearing the news of Petermann’s expulsion, Flora Mmereki, of Botswana, who also took part in the spontaneous protest, said, “It really broke my heart seeing Anne taken out in a wheelchair, because she was acting for climate justice. It is so, so sad to see how they are treating people who stand up for humanity.”

Karuna Rana, at the action earlier in the day. Photo: Langelle

Karuna Rana, of Mauritius, is in Durban with a group of young journalists called Speak Your Mind. Runa, standing with Petermann in the rain at “Speaker’s Corner,” the Occupy site outside the Conference Center, explained her motivation: “I went to the protest action to take a picture, but I got emotionally empowered and I started to take part. I am the only young Mauritian here, so I found it my responsibility to speak on behalf of Mauritius, of small islands, and of global youth. I’m scared for my future. Mauritius is a small island state and it’s terribly unfair to have no voice in this process. If I did not take a stand, my voice would not have reached the negotiators.”

Petermann said, “We willingly took this action that cost us our credentials because we know that the only time to act is now. We hope that our refusal to move – our refusal to comply with the bankrupt UNFCCC process – will inspire others to take action in support of a new world – a transformed world that will be rooted in justice and in harmony with the earth.”

Emotions were high during the protest. Photo: Langelle

Petermann will sit out the rest of COP17 at the Speakers’ Corner, as global decision-makers come to the most likely outcome of these negotiations: a new non-binding legal framework, to begin in 2015, to begin voluntarily reducing emissions in 2020.

Local Desmond D’Sa, of South Durban Community Environmental Alliance, who was expelled as well, said, “We cannot wait for 2020, as that will result in millions being displaced or dying in poverty due to extreme climatic conditions.”

In other words, the talks have failed, the world powers are stalling for time, and the voice of civil society is locked out. Again.

Locked out, but for how long? Photo: Langelle