Sign the petition to prevent GE trees from contaminating forests

With the Right to Know labeling movement in full swing, GMOs are making headlines in every major website and newspaper in the U.S. However, genetically engineering food isn’t the only way that industry is trying to sneak their modified plants into our lives.

Companies like ArborGen, jointly owned by International Paper and MeadWestvaco among others, are pressuring congress and the USDA to give them permission to release billions of GE eucalyptus seedlings in vast plantations across the U.S. Teamed up with another false solution to climate change, bioenergy, these GE trees, also called GM trees or GMO trees, could invade our natural forests, altering them forever. Not to mention drying up ground water and causing massive firestorms.  It is time to say no to corporate greenwashing  and no to genetically engineered trees. 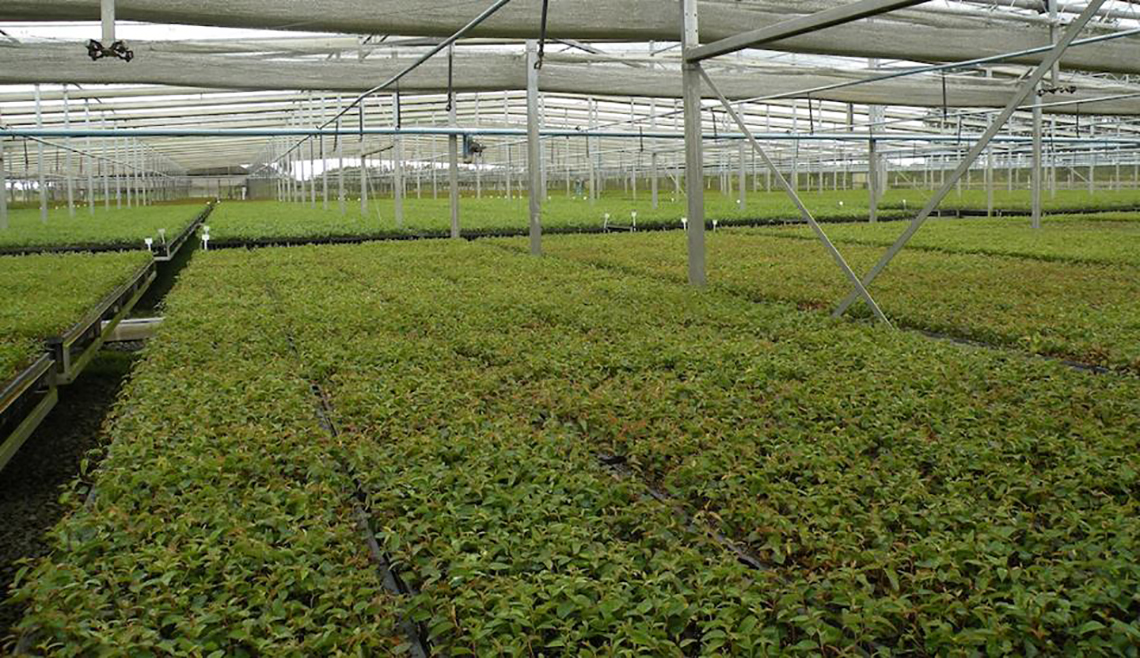 GE ecualyptus farms are a growing threat to biodiversity. This is a eucalyptus greenhouse in Brazil.  Photo: Anne Petermann/GJEP

To prevent GE trees from contaminating natural forests, the Campaign to STOP GE Trees is circulating a petition demanding the USDA ban ArborGen and other entities from selling/distributing GE trees and creating “frankentree” planations across the U.S. The USDA is set to make a draft decision any day now. The more signatures the Campaign gets, the greater the chance we have to stop GE trees.

To Whom It May Concern, I demand that all petitions by GE tree company ArborGen to plant or sell their genetically engineered eucalyptus trees be rejected. In addition, I demand that all petitions to release dangerous GE trees into the environment be rejected as they are inherently destructive and the full extent of their social and ecological risks has not been assessed. Further, I demand the USDA ban planting GE trees and all such plantings of GE trees be banned outright.

To listen to the Earth Segment, click on the link below and scroll to minute  42:00:

Comments Off on KPFK Earth Segment: Marty Cobenais of IEN on Obama’s Keystone Pipeline reversal and ETC Group’s Jim Thomas on the threat of synthetic biology

This week’s Earth Segment featured GJEP Executive Director Anne Petermann discussing the new synthetic biology lab that is scheduled to be built in Richmond, California, and the concerns about this extreme genetic engineering technology.

To listen to the segment, go to the link below and scroll to minute 8:40.

For more on the proposed Synthetic Biology lab in Richmond, see our previous blog post: http://climate-connections.org/2012/01/26/genetic-engineering-gets-extreme-now-comes-synthetic-genetic-modification/

Comments Off on KPFK Earth Segment on Synthetic Biology Lab Scheduled to be Built in Richmond, CA